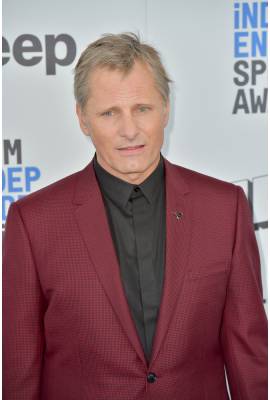 Viggo Mortensen is currently dating Ariadna Gil. He has been in two celebrity relationships averaging approximately 12.3 years each. His only marriage lasted 10.7 years.

Most Famous For: Aragorn in Peter Jackson's The Lord of the Rings

"Because he's teething he sticks his tongue out all the time. We took family photos yesterday for our Christmas card and he just kept sticking his tongue out. It was really bizarre, but cute."