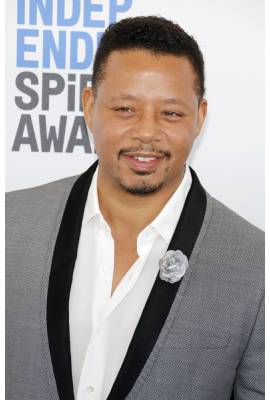 Terrence Howard is currently dating Miranda Howard. He has been in nine celebrity relationships averaging approximately 5.2 years each. His four marriages have averaged 5.2 years each.

Most Famous For: DJay of Hustle & Flow, film

My friend called him for a ride and he and I just looked at each other and smiled. I heard, "He's the one." I looked behind me, but there was no one there. It was so crisp and clear. Right the next morning, he called to ask me if I wanted to go out for tacos. Now, normally you don't ask a girl to go out for tacos for breakfast -- that doesn't work. But I knew exactly what he was up to. I agreed. And we hit it off from there."