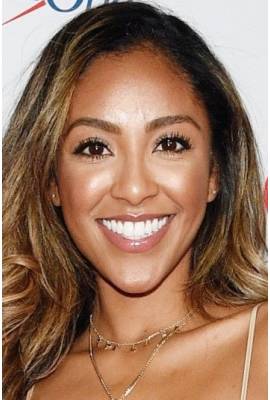 Tayshia Adams is currently engaged to Zac Clark. She has been in one celebrity relationship averaging less than one year. She has never been married.

Most Famous For: Season 16 of The Bachelorette

"I don't think I could ever just solely be with a woman...It's just not enough for me."