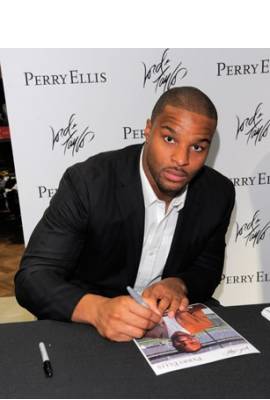 Osi Umenyiora is currently married to Leila Lopes. He has been in three celebrity relationships averaging approximately 3.0 years each. His one marriage has lasted 5.1 years so far.

Most Famous For: Defensive End for the New York Giants

"Sophia puts the jersey on and gets into the games with me."