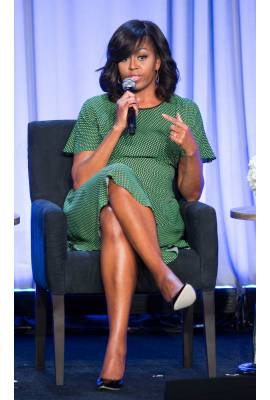 Michelle Obama is currently married to Barack Obama. She has been in one celebrity relationship averaging approximately 32.7 years. Her one marriage has lasted 28.8 years so far.

Most Famous For: Wife of Barack Obama and First African-American First Lady of The United States of America

filed for divorce on this day in 2010

started dating on this day in 2009

started dating on this day in 2007

"I'm trying to play this cool, but I feel blessed. We have a wonderful relationship and I hope we continue forever."