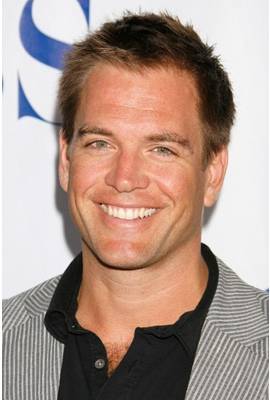 Michael Weatherly is currently married to Bojana Jankovic Weatherly. He has been in six celebrity relationships averaging approximately 4.1 years each. His two marriages have averaged 7.6 years each.

Most Famous For: Tony DiNozzo in NCIS, tv series

"I thought I was going to be one of those easy-going brides. I never really thought about it. Whatever...a piece of paper, words - send it out.Three hours I sat there with the all the books. I turned into a crazy person. My fiance was like, 'What about the slap-it-on-the-piece-of-paper-with-crayon-and-send-it-out [idea]?' But now I'm pouring over the paper quality! [So] don't just throw it on the counter! Touch it, feel it, love it! [The wedding will be] very small...sort of immediate family and friends. Are you a brother, sister, mother or a father? That's it."