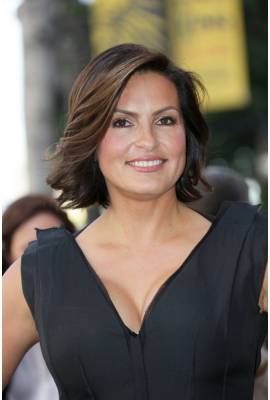 Mariska Hargitay is currently married to Peter Hermann. She has been in one celebrity relationship averaging approximately 20.6 years. Her one marriage has lasted 17.8 years so far.

Most Famous For: Olivia Benson in Law & Order; daughter of Jayne Mansfield

"He's nothing but a gift. As far as I'm concerned he's exactly the way he should be. Angelman's is a neuro-genetic disorder. The 15th chromosome is dormant. It affects their fine motor skills. They say that one in 30,000 children is affected by it. I've been very lucky that it was early because he started having seizures at about eight or nine months. [We're lucky] we got early intervention. It's just different. It's not different to me. He has his own path. He's just brilliant. I didn't talk about my son [but] I felt like I was betraying him, like it could be misconstrued as shame, which would be terrible, because he's such a celebration. I look around and I see people who move perfectly, who walk with grace, who speak with great diction and clarity and a great use of the English language and we're all miserable fuckers, including me at times. And then I see this fella who doesn't move the way what's perceived to be 'normal' is, and he's as happy as can be."