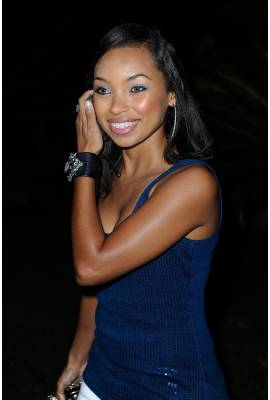 Logan Browning is currently single. She has been in one celebrity relationship averaging approximately 2.4 years. She has never been married.

Most Famous For: Sasha of Bratz: The Movie, film

"You should see us when we get back to the bedroom."