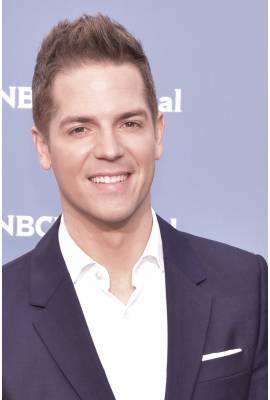 Jason Kennedy is currently married to Lauren Scruggs. He has been in one celebrity relationship averaging approximately 7.1 years. His one marriage has lasted 5.1 years so far.

Most Famous For: Co-Anchor of E! News Weekend

"I'm just going to say that I met somebody last year. I fell in love for the first time and it was something so incredible and indescribable that I will always treasure it. He's now one of my best friends. It's weird, it's almost like a real-life Dawson-and-Joey type thing."