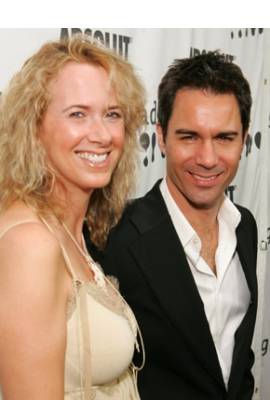 Janet Holden is currently married to Eric McCormack. She has been in one celebrity relationship averaging approximately 26.6 years. Her one marriage has lasted 23.9 years so far.

Most Famous For: Spouse of Eric McCormack

"Nah, I said, 'Your name is Superhead from now on."