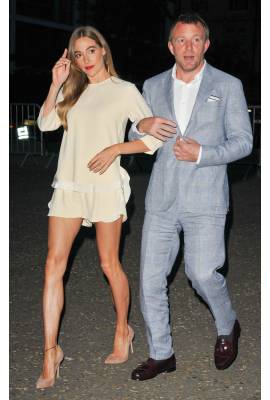 Jacqui Ainsley is currently married to Guy Ritchie. She has been in two celebrity relationships averaging approximately 6.6 years each. Her one marriage has lasted 6.8 years so far.

Most Famous For: fire woman in the opening credits for the James Bond film Die Another Day

"We're about halfway there [in the pregnancy]! It's going great. Really good...[Kalin]'s very excited, and I think he'll make a great older brother."