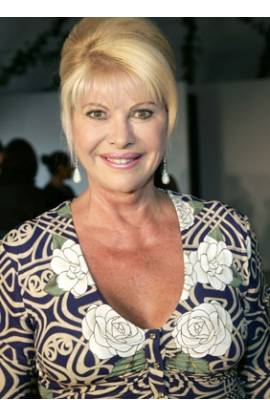 Ivana Trump is currently single. She has been in seven celebrity relationships averaging approximately 7.6 years each. Her four marriages have averaged 4.8 years each.

Most Famous For: Ex spouse of Donald Trump

"I love you now like I've never loved And I vowed to you that I'm forever yours You work so hard it drives me crazy What a man, you're the greatest You deserve this day - from your wife."