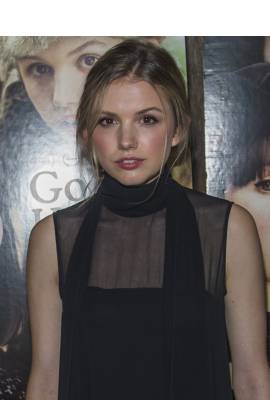 Hannah Murray is currently engaged to Mike Bailey. She has been in one celebrity relationship averaging approximately 16.3 years. She has never been married.

Most Famous For: playing Cassie Ainsworth in the E4 teen drama Skins from 2007 to 2008.

"Let me start by apologizing to you for the way everything went down on Saturday. I had a statement typed ready to post to you guys but Hayley released one without my permission. We were not going to issue a statement until we worked out our exit agreement [from Paramore] with Hayley. I wish it didn't have to happen that way, Zac and I wanted to be the ones you heard it from. I want to be honest with you guys about how this band formulated from day one. I did not think Hayley's version told the whole story, at least from our perspective and hopefully this will explain a bit about why we are leaving. Zac and I had a garage band in high school with the intentions of just making music for the love of it. We met Taylor and our friend Jason Clark at our school and found out that we shared the same musical tastes. So, we asked them to join our band. It was some of the greatest times of our lives playing music in Taylor's basement with them. We obviously needed a lead singer and one day Zac met Hayley. We asked her to come try out and eventually to join the band."