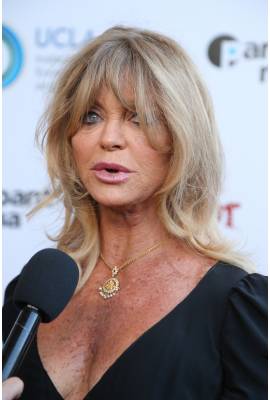 Goldie Hawn is currently dating Kurt Russell. She has been in four celebrity relationships averaging approximately 14.1 years each. Her two marriages have averaged 5.2 years each.

"I think I had a very stuck idea of what a husband looks like, what a wife should be. Once I broke all of that, a whole new world opened for me and man, oh, man, I got to see him in all his glory. And so that's what it's evolved into. And I'm just ecstatic about it."