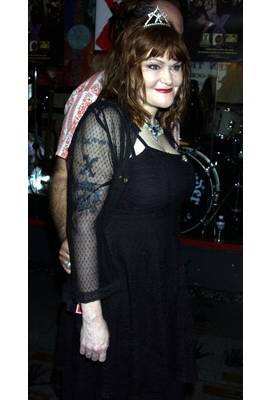 Exene Cervenka is currently married to Jason Edge. She has been in three celebrity relationships averaging approximately 11.6 years each. Her three marriages have averaged 11.6 years each.

Most Famous For: Singer of the Punk rock band "X"

"Threatened that if I didn't take down the photo of me and Nelly, he would post 'naked photos' of me on social media."