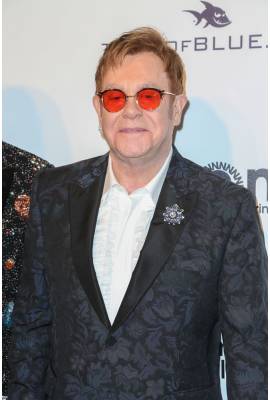 Elton John is currently married to David Furnish. He has been in two celebrity relationships averaging approximately 16.4 years each. His two marriages have averaged 5.8 years each.

Most Famous For: has been one of the dominant forces in rock and popular music, especially during the 1970s

"I have no expectations. Not in a bad way, but I've learned that you can't plan ahead. I live day by day and see what happens. It's vague, but I like it that way."