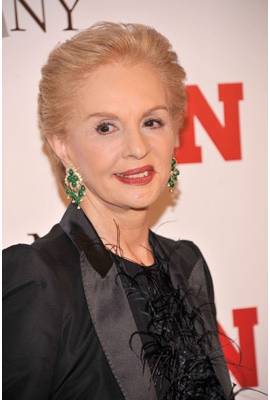 Carolina Herrera is currently married to Reinaldo Herrera y Ladron de Guevara. She has been in two celebrity relationships averaging approximately 32.3 years each. Her two marriages have averaged 32.3 years each.

"Demi is one of my good friends and I definitely became very, very close with her in the past few months, and it's something I really wanted to make work. But unfortunately, we both have very busy schedules - we're both on tour right now. I'm always on the other side of the world and so is she, so it just seemed like something that can't work out at this time. We gave it a shot and that's all you can do. Every time I hung out with that girl or talked on the phone with her, it was amazing. She's someone I can totally relate to. But she is a lot younger than me. When someone is that much younger, you're looking for different things in relationships. Maybe when she's older and we've both matured, we'll be looking for the same thing and it can work out."