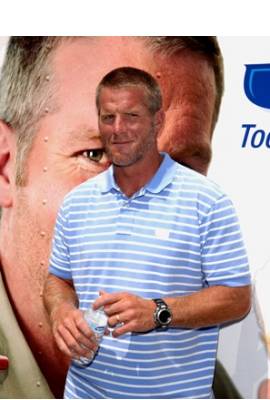 Brett Favre is currently married to Deanna Favre. He has been in one celebrity relationship averaging approximately 26.2 years. His one marriage has lasted 26.2 years so far.

Most Famous For: Quarterback for the Green Bay Packers 1992-2007

"On the 'Bachelor', there is a lot of pressure to propose. They're rushing it. That's why a lot of them fail. Spending 30 days together 24/7 [on All-Stars] is like spending a year together. On the dating shows, the dates are luxurious. Rob and I were dating when I hadn't shaved my legs in a month. We hadn't brushed our teeth. Our dates were walking on the beach and sitting on a rock."