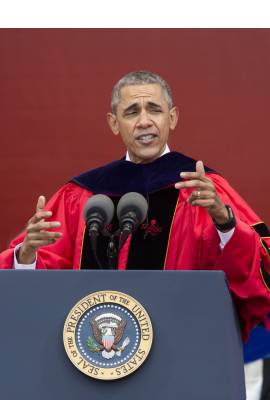 Barack Obama is currently married to Michelle Obama. He has been in three celebrity relationships averaging approximately 12.0 years each. His one marriage has lasted 30.1 years so far.

Most Famous For: 44th and First African-American President of the United States of America

"What comes from the heart, reaches the heart. So 'Be Without You,' I chose that song because it really does remind me of my husband and you know I think about my children and my family. And you know I just feel like people can relate to the fact that when you have close ones to you, loved ones, you know you'd think about how special they are to you. You don't want to be without them. So I felt like you know that would be a really, really good song for everybody to relate to and it's a song that I felt came from my heart to my family."