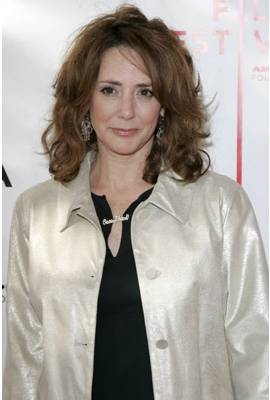 Talia Balsam is currently married to John Slattery. She has been in two celebrity relationships averaging approximately 13.6 years each. Her two marriages have averaged 12.8 years each.

Most Famous For: Mona Sterling on Mad Men, tv series

"I won't say that I didn't cheat but I will say I cheated my wife out of a friend. In a lot of situations where I was supposed to hold her down, I didn't. I cheated my wife out of a lot of different things. When we got together I thought I was a man. I thought I had it all figured it out but I didn't. I was 23, 25 when we met so a lot of mistakes you shouldn't make as a man in a relationship, I made. You can go down the line, I probably did it all. The difference between Gib then and Gib now is that I would probably try to sit up in front of you and make an excuse. 'Oh, it was because of her attitude & how she treated me sometimes that made me go out and cheat on her!' That's a sucker's way out. That's for a coward to say. I'm sitting here telling you that regardless of anything she did, I married her. I loved her. None of that should have ever happened. We can fight & argue but we're supposed to still be together doing it right."