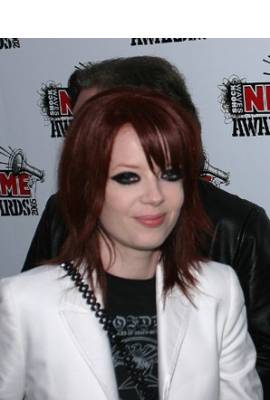 Shirley Manson is currently single. She has been in one celebrity relationship averaging approximately 8.2 years. Her only marriage lasted 8.2 years.

Most Famous For: as the lead singer of the alternative rock band Garbage

filed for divorce on this day in 2013

"Hank knows more than he should know. I believe that when it's time to teach them about sex and what happens in life, why not teach them? The earlier the better, we have nothing to hide. He asks stuff...not just where the baby comes from, but 'How did the baby get in there?' That one tricks me sometimes, but we find a way to tell him. He knows what's going to happen [on my] due date. He asks, 'When am I going to see my baby sister?' every single day. We involve him in everything so he likes the names we have picked out so far. They're all unisex names, names that could be for boys that are meant for a boy, but could be for a girl."