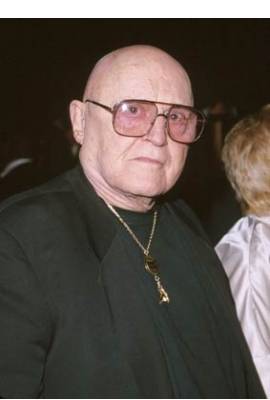 Most Famous For: for his intense performances in such films as In the Heat of the Night, Waterloo

"Our favorite date night is seven nights a week. My wife doesn't cook, so we eat out every night. It's not fine dining or anything-we're not fancy people. Last night, we went to Johnny Rockets. We go to a lot of delis. But every night feels like a date. We see a lot of movies. But we don't plan a Saturday night out."