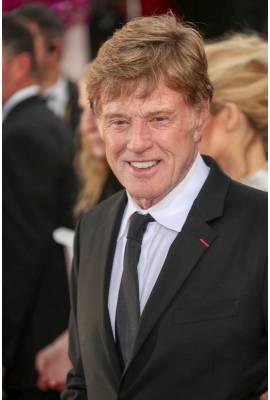 Robert Redford is currently married to Sibylle Szaggars. He has been in four celebrity relationships averaging approximately 23.4 years each. His two marriages have averaged 19.7 years each.

Most Famous For: "The Way We Were" "The Sting"

"I just don't pay much attention to that [media] stuff. I find it to be really ridiculous. [But] Jennifer's great. She's one of my favorite people. She's just really smart and funny and easy to be with. Very considerate. She's great. [I want kids] at some point. I think [having children] takes a lot of focus, takes a lot of attention. I think it would be nice at some point to have a different priority...I think that time would come. But not any time in the near future for me. No, I have not talked about having kids with Jennifer. First we have to have the $8 million wedding."