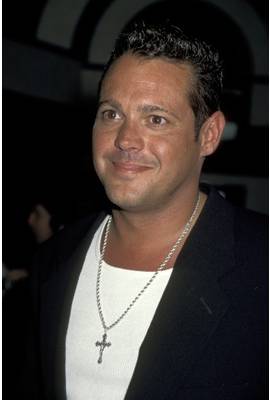 Chad McQueen is currently married to Jeanie Galbraith. He has been in five celebrity relationships averaging approximately 6.4 years each. His two marriages have averaged 15.9 years each.

Most Famous For: Son of Steve McQueen

filed for divorce on this day in 2013

"How to ride the rough waves in a relation long enough for the waters to get calm? When does it sink in that overcoming difficult times gets easier with practice? How do you drag some of the good feelings, good times vibrations into the stormy places? To love someone long and deep is a "consummation devoutly to be wished"!... It is day by day, one step at a time. It may not mean two bathrooms, but just some space, some privacy, some area to be alone. ...Unlike the wedding event, that takes place in a day, marriage is a long process that goes on at some level every day for the rest of your life....We have to learn how to live together... I thought I loved you, Ossie, when we got married, but as I see now, I was only in the kindergarten of the proposition. To arrive at love is like working on a double doctorate in the subject of Life."